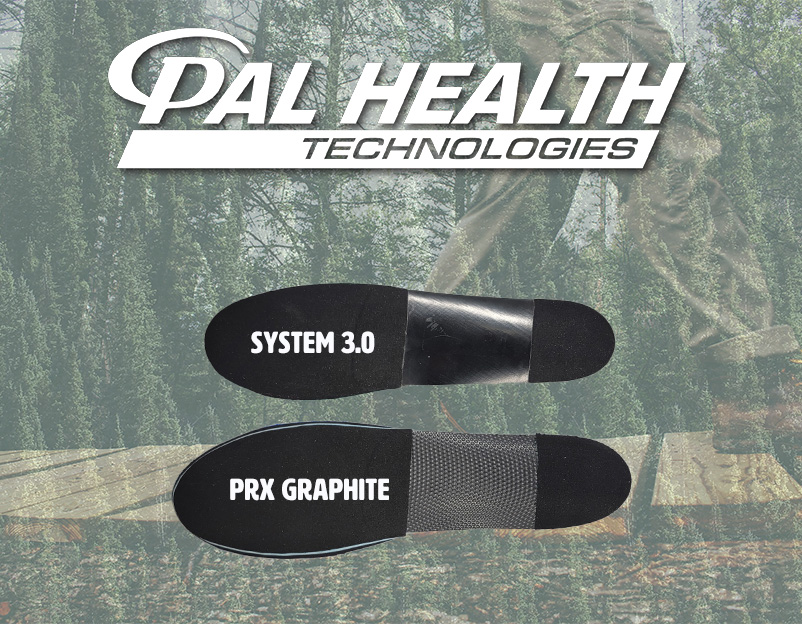 PAL Health Technologies is offering a new orthotic that is thinner and stronger than existing orthoses.

PRx Graphite is a thinner, stronger and lighter orthotic intended for men, women and children who need more support and structure when wearing tighter-fitting dress shoes, sports shoes such as cleats and work boots.

“To the patient, it’s going to be a thinner, lighter product that will improve patient satisfaction,” said PAL Orthotist/Prosthetist Shannon Kiser. “For PAL, we have the ability to offer our clients a superior product.”

PAL is transitioning to the PRx Graphite from System 3.0. System 3.0 is a carbon product impregnated with thermoplastic polyurethane. System 3.0 also is for men, women and children who need more support when wearing tighter-fitting dress shoes, sports shoes and work boots. System 3.0 orthoses can be rigid, semi-rigid or semi-flexible, depending on the layering of the carbon.

System 3.0 is different from PAL’s other orthoses because it’s thinner and stronger than orthoses with a plastic shell, Kiser said. Conditions for which System 3.0 is prescribed include heel spurs, tendonitis, moderate pronation, bunions and general foot fatigue.
But PRx Graphite – which is prescribed for the same conditions -- is 30% to 40% thinner than the System 3.0, depending on the rigidity platform, said Jason Sullivan, PAL chief business officer. A PRx Graphite orthotic can be flexible, semi-rigid, rigid or ultra-rigid.

In addition, PRx Graphite is two times stronger than System 3.0.

A third advantage is that, if a PRx Graphite orthotic must be adjusted, it can be re-heated and adjusted, Kiser said. If a System 3.0 comes back from a doctor for adjustment, the PAL team must start from scratch.