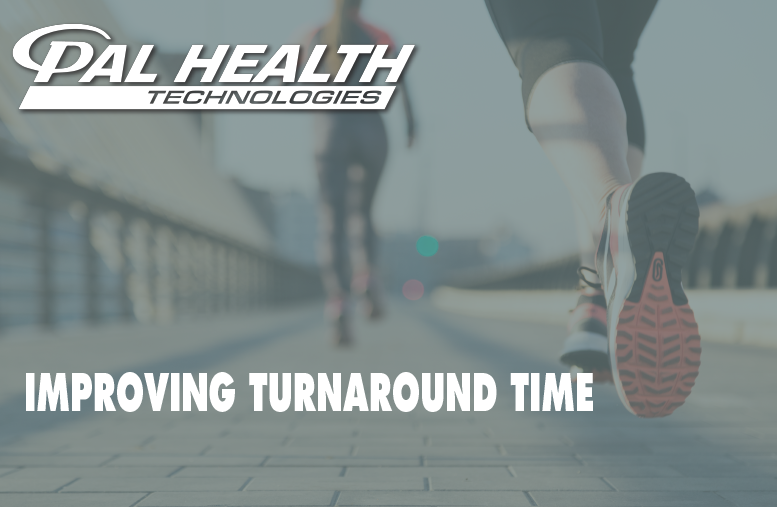 PAL is taking three steps in the current fabrication process – gluing, finishing and top cover gluing – and consolidating them into one step called assembly.

By combining three steps into one, PAL intends to reduce the number of orthotics returned by PAL quality control back into the fabrication process and shorten turnaround time, said PAL Production Manager Noah Christian.

In the last Blog we described how PAL is moving to direct milling of its prescription orthoses by April 1, 2022. Direct milling is a completed orthotic shell design milled directly from plastic or EVA (ethylene vinyl acetate). It is achieved with the direct milling CNC (computerized numerical control) router machine. Direct milling replaces the previous steps of pressing, router and heels and there is minimal rough grinding.

The consolidation of gluing, finishing and top cover gluing into the new step of assembly, which will happen later this spring, is the latest process improvement.

Currently, an orthotic shell that leaves direct milling and rough grinding goes to gluing, where a gluer attaches a pad to the shell as prescribed by the doctor; finishing, where the pad is beveled, meaning a slope is created; and top cover gluing, where the top cover is attached. From there, the orthotic goes to top cover finishing.

With the new assembly step, gluing, finishing and top cover gluing will be done in one step by one employee. “The person who glues the pad will bevel the pad and will glue the top cover,” Christian said. “That person will do all three steps at the same time rather than the shell going from person to person.”

Following assembly, the shell has become an orthotic and goes to top cover finishing.

“This will streamline the process and make it quicker,” Christian said.

Agreeing was Jessica Stewart, a PAL production staff member who works in finishing and will work in assembly.

“The benefit is the production speed,” Stewart said. “It will speed things up. We’ve already started to integrate some of the changes and it’s cut our time in finishing by a third.”

Christian said another benefit is that fewer hands touching the orthotic mean reduced risk of errors.

“The most important reason to me is less human error, less hands touching it. The more people who touch something going down the line, the more chances there are for somebody to make a mistake,” he said. “The less hands it touches, the better.”

That should result in fewer orthoses being returned by PAL quality control back into the fabrication process, he said.

But Christian sees another advantage. With individual employees being responsible for three steps that have been consolidated into one step, that should make their work more gratifying.

“They will finish that job themselves instead of relying on other people,” he said. “I think when you condense processes and give people more ownership of their work, people will find it more gratifying.”

Even as PAL reduces the number of steps in its orthotics’ fabrication process, all PAL employees are being retained. Some employees may be transferred to areas of increased volume, Christian said.

“I’m excited for this change,” Christian said. “Not only will it improve turnaround time and reduce returns but I think the employees will like this.”